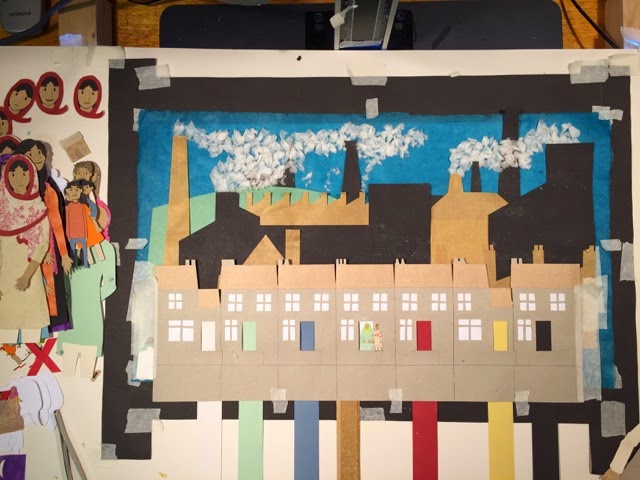 We’re still continuing the work of making short animated films based on extracts from our interviews with the first generation of Pakistanis and Bangladeshis to arrive in Rossendale. Anyone visiting the Different Moons exhibition at the end of last year would have seen four such films. The latest is from Jess, our apprentice Jessica Royle.
Jess is making an ambitious coloured stop-frame animation using part of the interview with Mrs Samina Hussain. In it Samina recalls her surprise at discovering how the local Asian women nearly all stayed in the home, with no social life or interaction outside of their immediate families. She goes on to describe how she set up the first Eid party for women and children, and subsequent women-only events.
Above is a photograph of the rostrum where Jess is filming. It shows her backdrop set to the animation, and the colour-coded tabs for animating the opening of doors in the terraced street. Below is a close-up of some of the cut-out characters she has made and is using in the film… 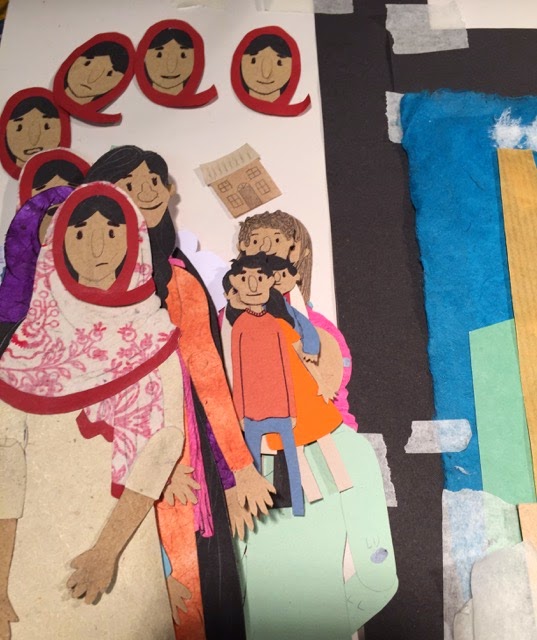 …below this is a photograph of the animation computer, and it shows the rostrum camera’s view of the same image that we see in the top photograph.
The animated film is made by gradually moving elements such as figures, or chimney smoke, or doors, and then running them together in sequence. It takes 12 such images to make one second of action in the film. Jess expects that her film will be about 4 minutes in length, and she’s currently just over half-way through. A four minute film will require 2880 different images to complete it. 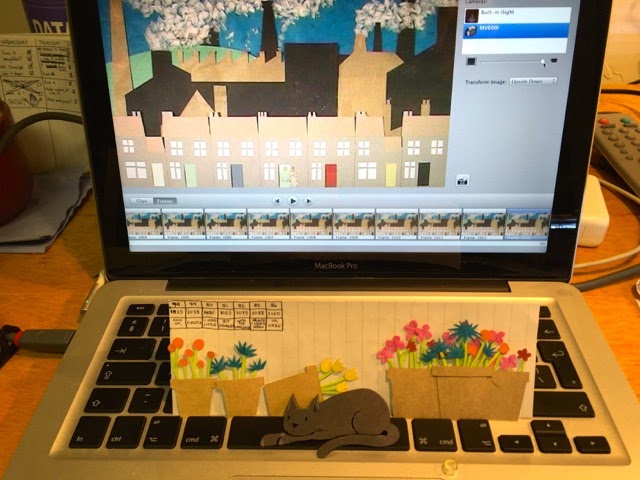