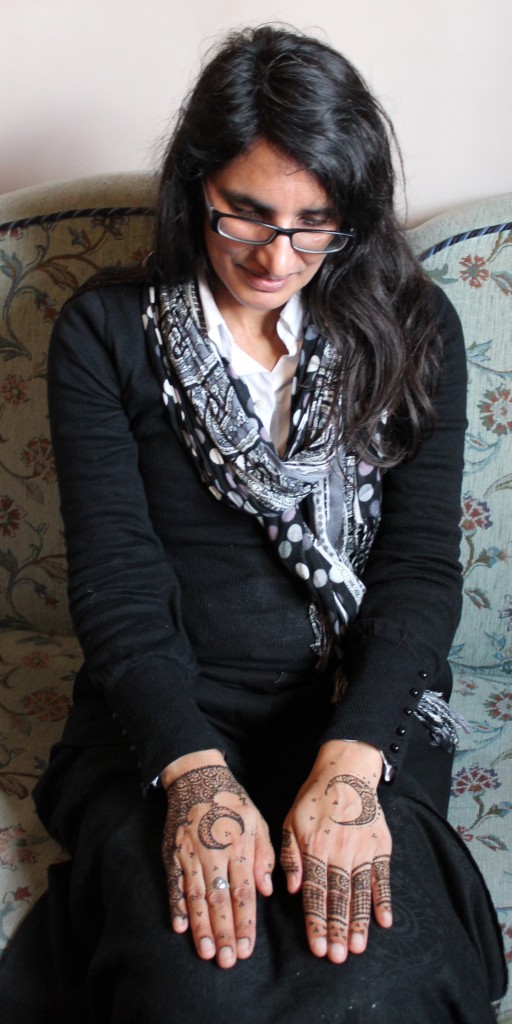 In 2013 we agreed with St James C.E. Primary School, Haslingden to hold a series of trial classes, engaging with their older pupils. St James has a very high proportion of children from a South Asian background, and seemed the perfect setting to try out our ideas.

The Manchester based poet Shamshad Khan, who is experienced at working within a school setting, agreed to lead these classes. The focus was on creative writing stimulated by asking the children to remember (as a homework, asking their wider families for help) their first spoken words as a baby, nursery rhymes or lullabies told to them in any language. The workshops also encouraged intergenerational exchange and an interest in cultural heritage and background. The successes and lessons from this two-month pilot scheme informed our plans for the full project once we secured funding.

Using the arts as a means of developing communities is a main strand of the Horse and Bamboo’s and Shamshad’s work. To access and establish links with South Asian communities it was central to the process that we involved Shamshad who is from an Asian heritage. Part of Shamshad’s role and that of the community members we identified was to offer guidance on issues of cultural sensitivity. Within the various South Asian communities represented there were a range of attitudes, practices and aspirations regarding engaging in the arts. During the course of the project it became clear that there was a great enthusiasm amongst the women we worked with to engage with the arts in general. Over the course of the project increasing numbers and sections of the communities became actively involved and supportive of the project and its aims.

Where possible we paid for the services of collaborators, although we relied on volunteers in some key areas. It was important that we viewed the whole project as a two way process, all parties having much to gain in terms of learning about each others’ arts and cultural practices. The benefits to us of gaining access to potential participants through community members was invaluable. The approach involved a relatively slow process of research, meetings and information gathering. As the artistic director and a resident in Rossendale, Bob Frith was key to making links and having local knowledge that introduced us to potential partners.

We began to establish which groups and individuals might be accessed for the different strands of the project. This included identifying potential first generation interviewees, local artists, community workers and organisations. See below for the way in which we worked with different groups and the significance of their involvement.

The groups we worked with 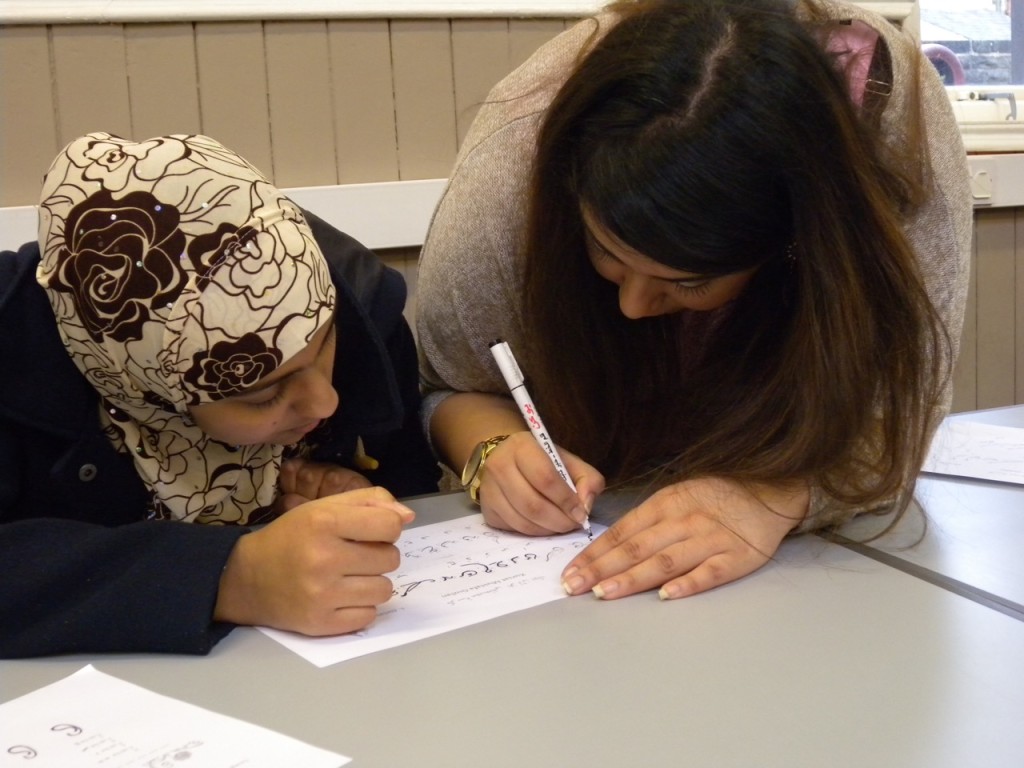 We identified a number of potential partners and collaborators. The aim was to engage with as representative a sample of the various South Asian communities as possible:

In the first year we made strong links with RVISS. The school had a curriculum that was flexible enough to accommodate our planned programme. The director Yasmine Choudry’s enthusiasm and commitment to our aims meant we were able to test out our workshop plans and continue to deliver new sessions with them over the coming years.

We worked with community based workers Nusrat Rahman and more specifically Hameeda Mahmood (Holistic Project Leader) to create a new women’s group drawn from existing group contacts. The women’s sessions were held at the Haslingden Community Link, a 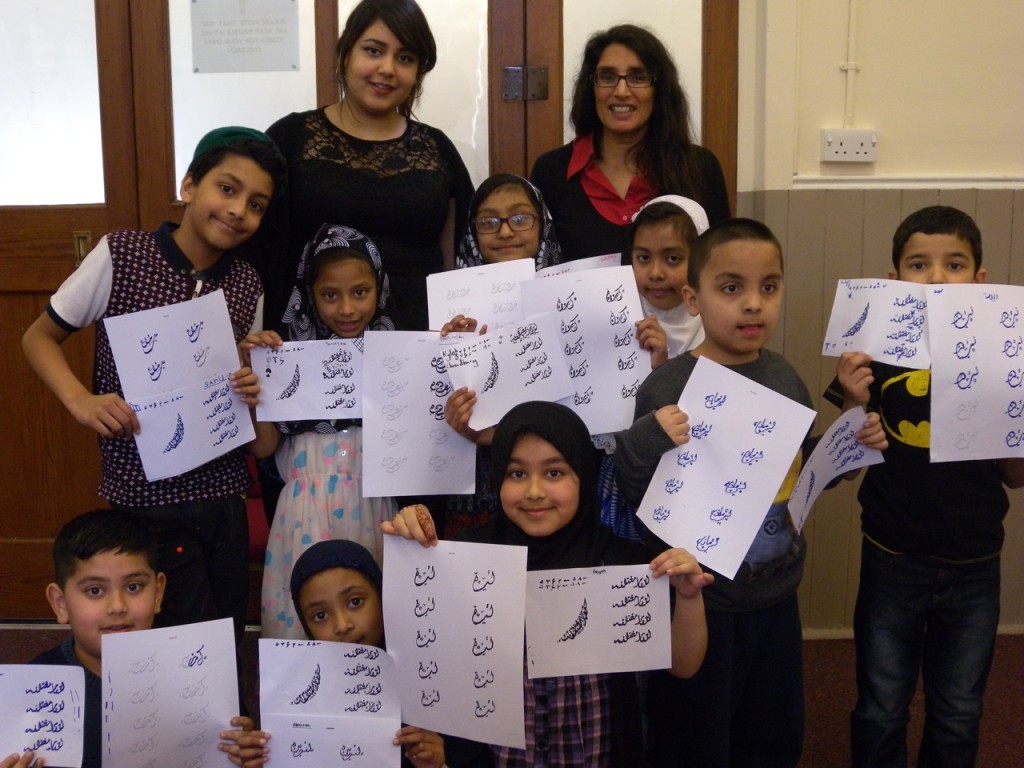 venue we were aware the women were already familiar with. Hameeda was employed to publicise and encourage regular attendance by the women and also to support sessions. Through the women’s trust of Hameeda and the venue we successfully engaged with women we would otherwise have been difficult to reach.

The Haslingden Library Girls’ Youth Group (through our contact Leesa Amin) and a second girls’ group based at the Dave Pearson Studio allowed us access to younger generations of girls.

St Mary’s staff were enthusiastic about the workshop series and were very happy for us to deliver our sessions to their Year 4 and Year 6 Pupils. Staff were actively involved during the sessions. 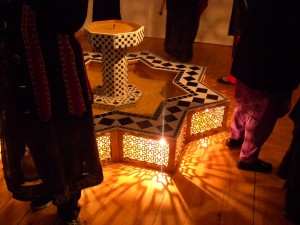 Groups we were unable to engage

We were unable to set up further sessions with St James’ C.E. Primary School which had been our early pilot school, in part due to timing and timetable issues. This was useful learning in terms of the lead in time some schools may need to accommodate workshop programmes.

We approached Positive Start project and had hoped to work with teenage young men and possibly women of Bangladeshi background
who are served by the group. These attempts were not fruitful and the
decision was made to find other ways to access Bangladeshi
communities.

The workshops became more focused on women, girls and children. It
was only as the Apna was set up that new routes to engage South Asian
adult male participants in the arts became viable.