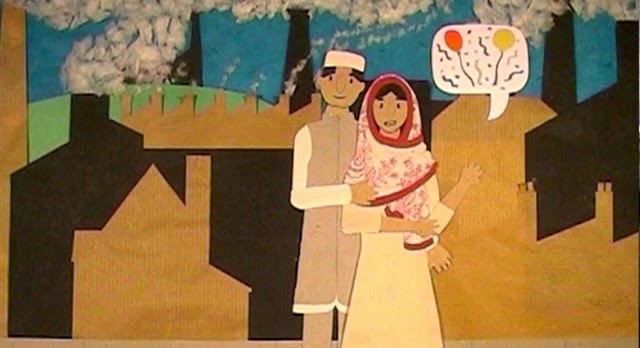 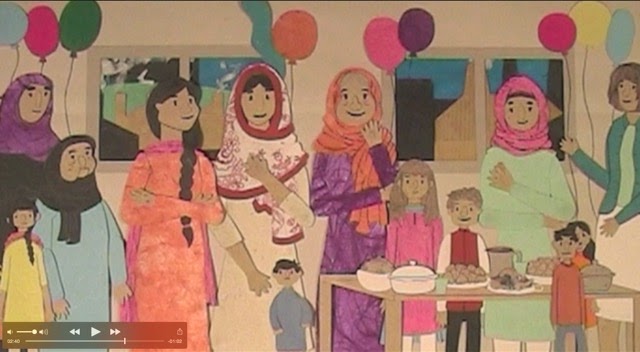 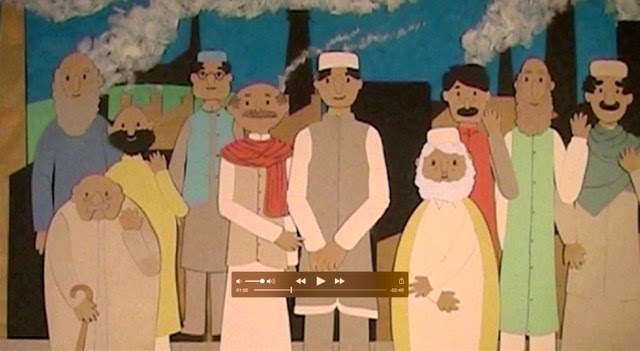 Three screenshots from Jessica Royle‘s animation ‘The Women’s Forum’. The subject is taken from an interview with Samina Raffat Hussain, in which Samina reminisces on her early days in Haslingden.
This is the fifth animation in the Different Moons series that are based and inspired by interviews with some of the early South Asian immigrants to Rossendale. The two minute film took Jessica two months to make.
By the end of 2015 we hope to have between 15 and 20 animated films which will be available through a special YouTube channel.
Jessica Royle, Samina Raffat Hussain