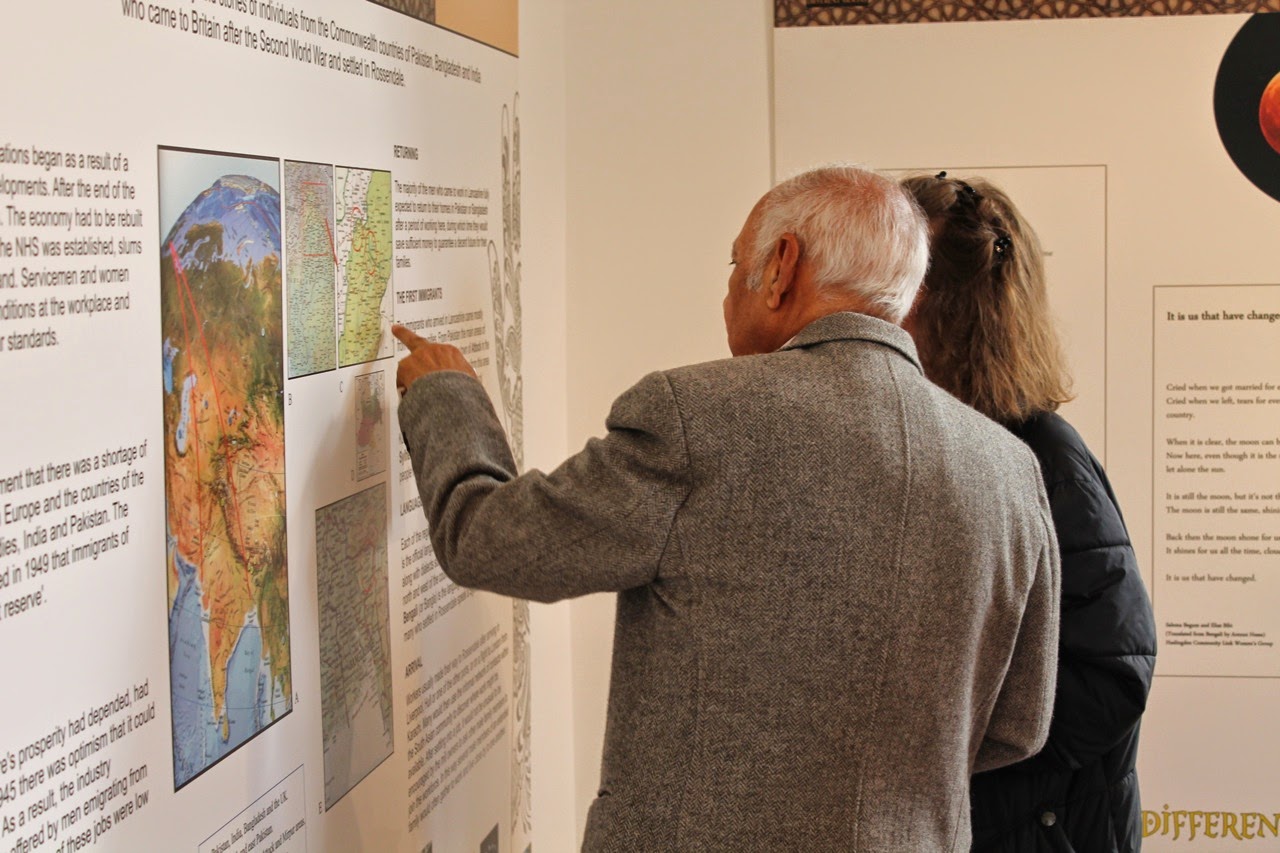 Mr Mazhar Hussain, one of the very first people to emigrate to Lancashire from South Asia, shows Lizzie Lempen (of Lempen Puppets) where his family originated on a map from the first of the boards in the explanatory section of Different Moons.
The exhibition opened Saturday 15th November at the Whitaker Museum & Art Gallery in Rawtenstall and the galleries were packed all day long with visitors, including many from the local South Asian communities. The reactions have been unanimously positive, with many people spending a long time to take in the animated films, listen to the recordings we’ve made of people reminiscing about their journeys from Pakistan or Bangladesh to Rossendale, or read the poetry inspired by these stories. 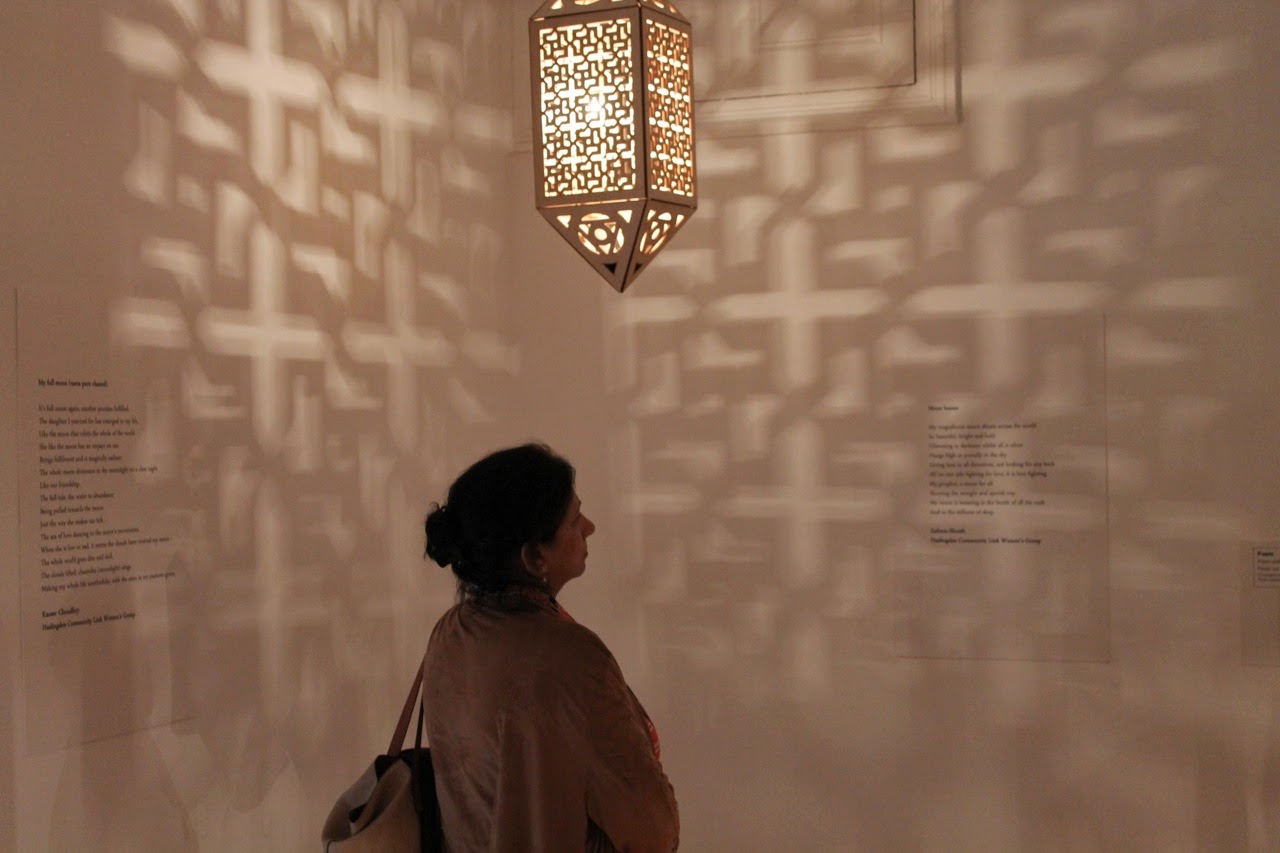 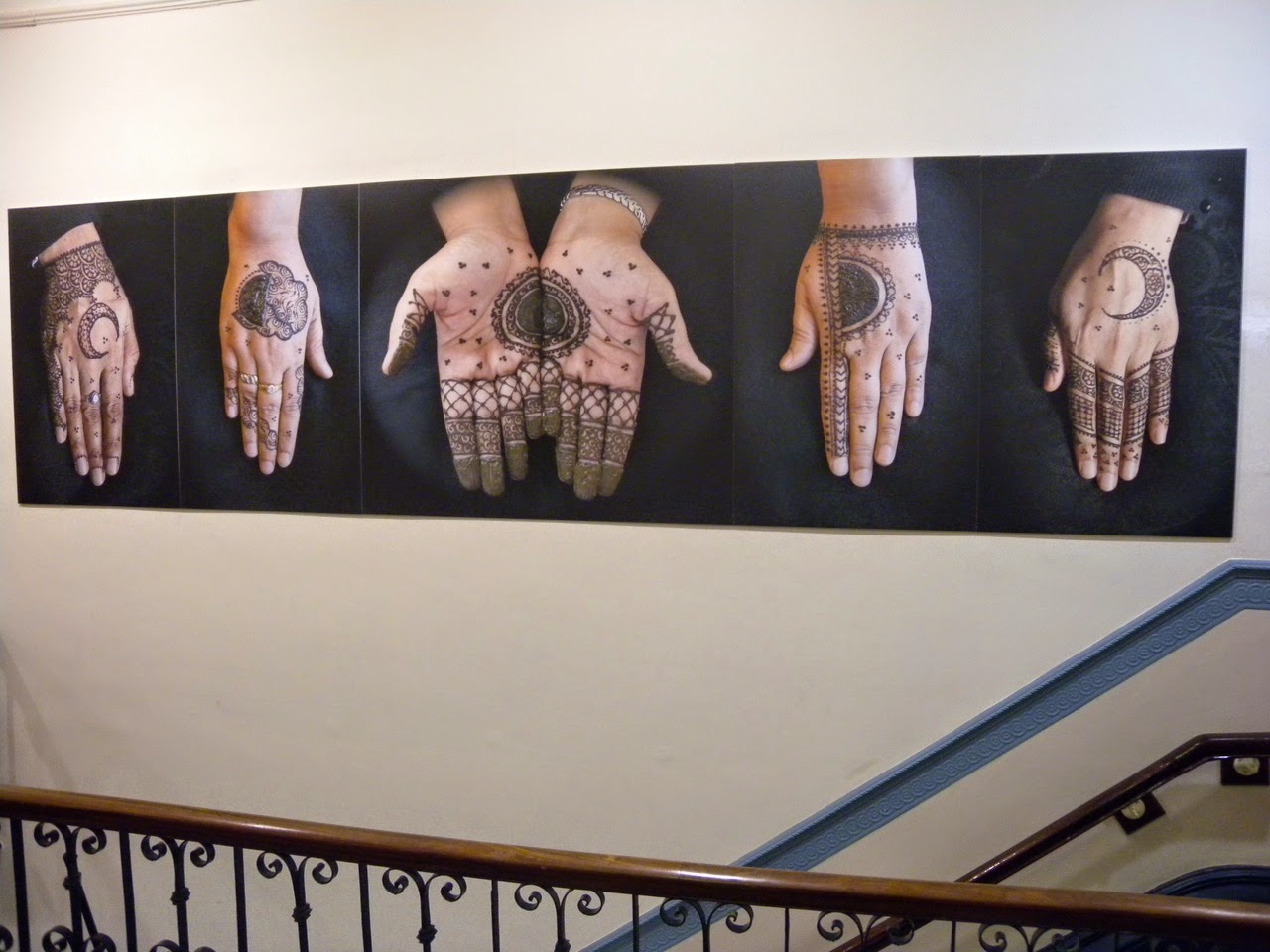 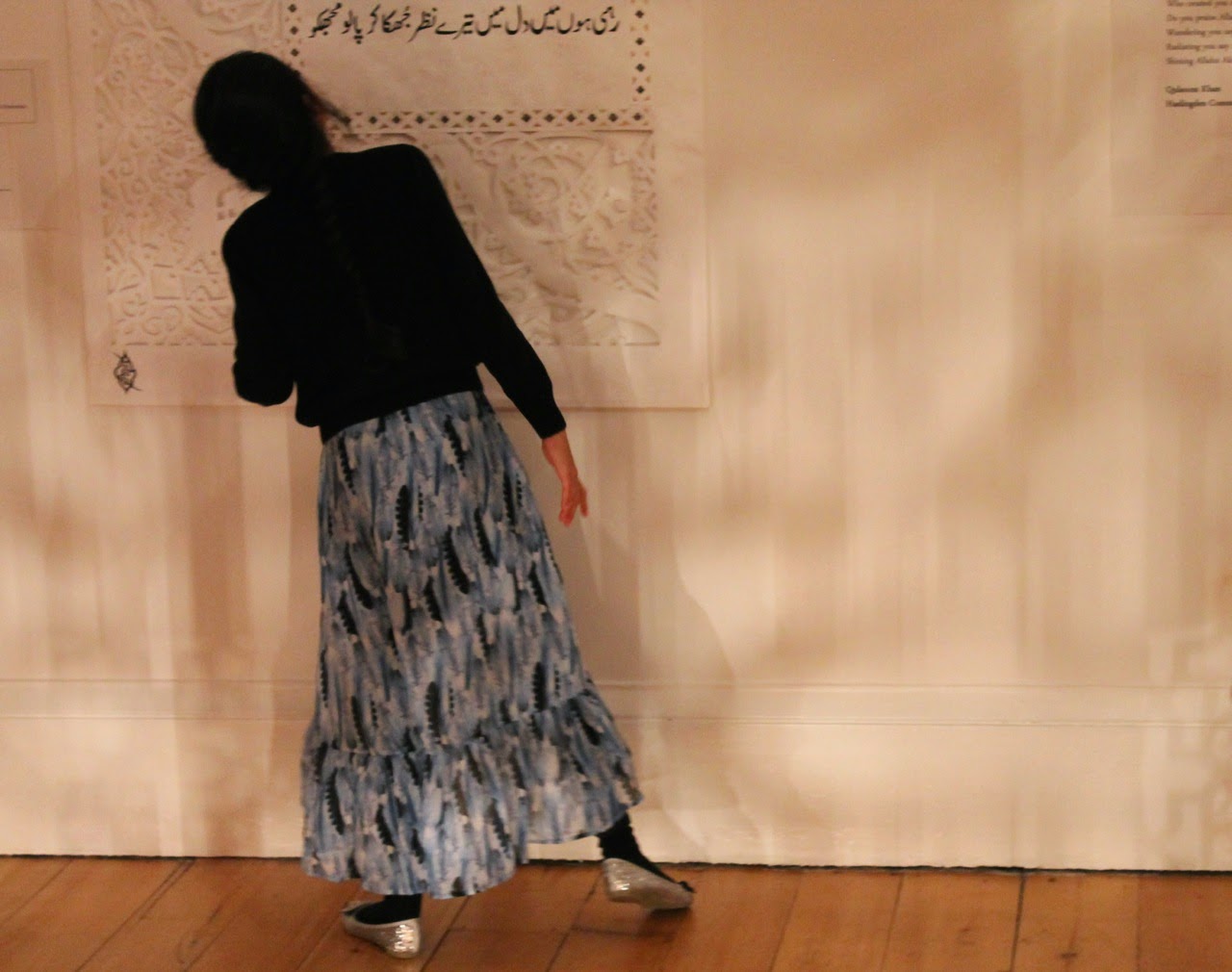 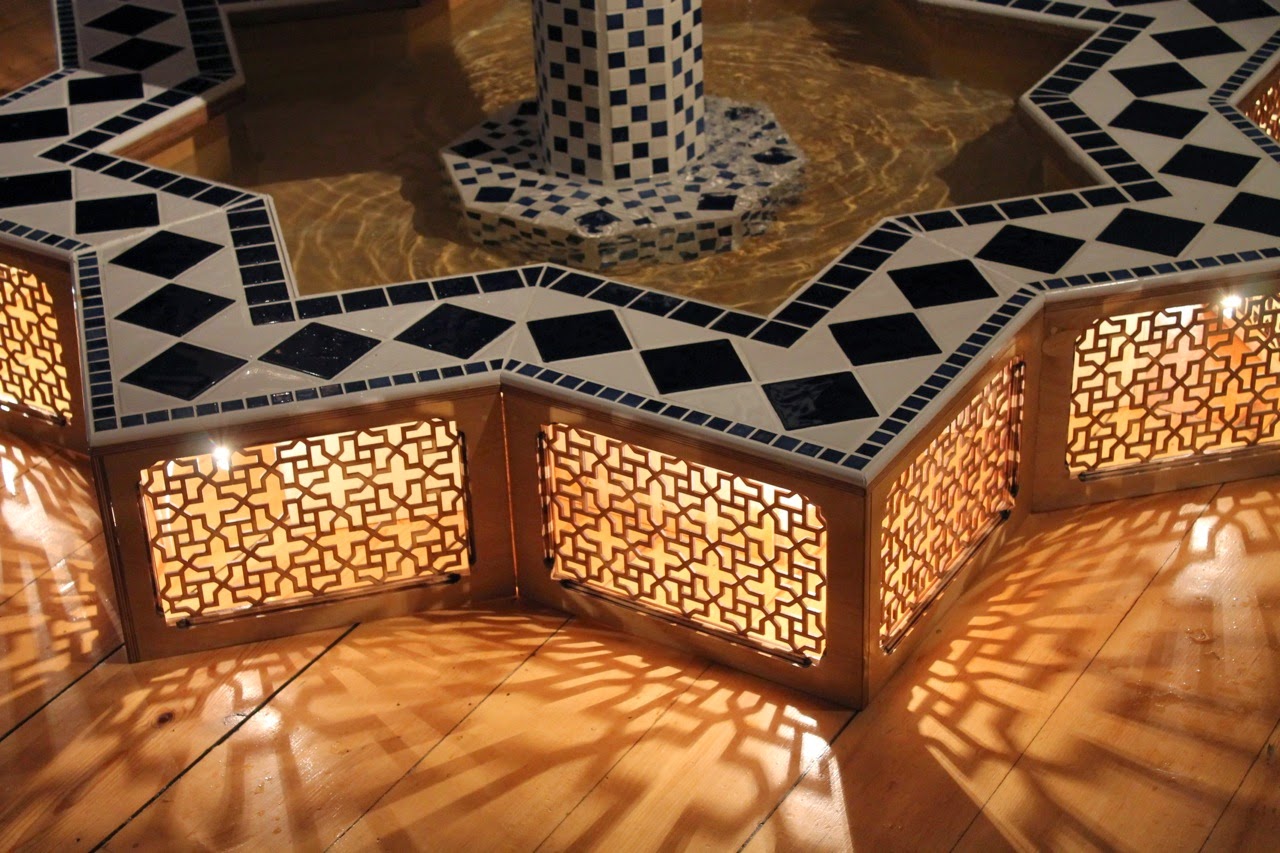 On Sunday we had a Bengali storyteller, Saikat Ahamed, at the Boo to tell the story of his mother and the traumatic period when West and East Pakistan tore apart and the new nation of Bangladesh was formed, in his show ‘The Tiger and the Moustache’. It was well attended afternoon, and a brilliant tour-de-force of a performance by Saikat. A memorable opening weekend to the exhibition that runs until the end of December.
Mr Mazhar Hussain, Saikat Ahamed, the Whitaker