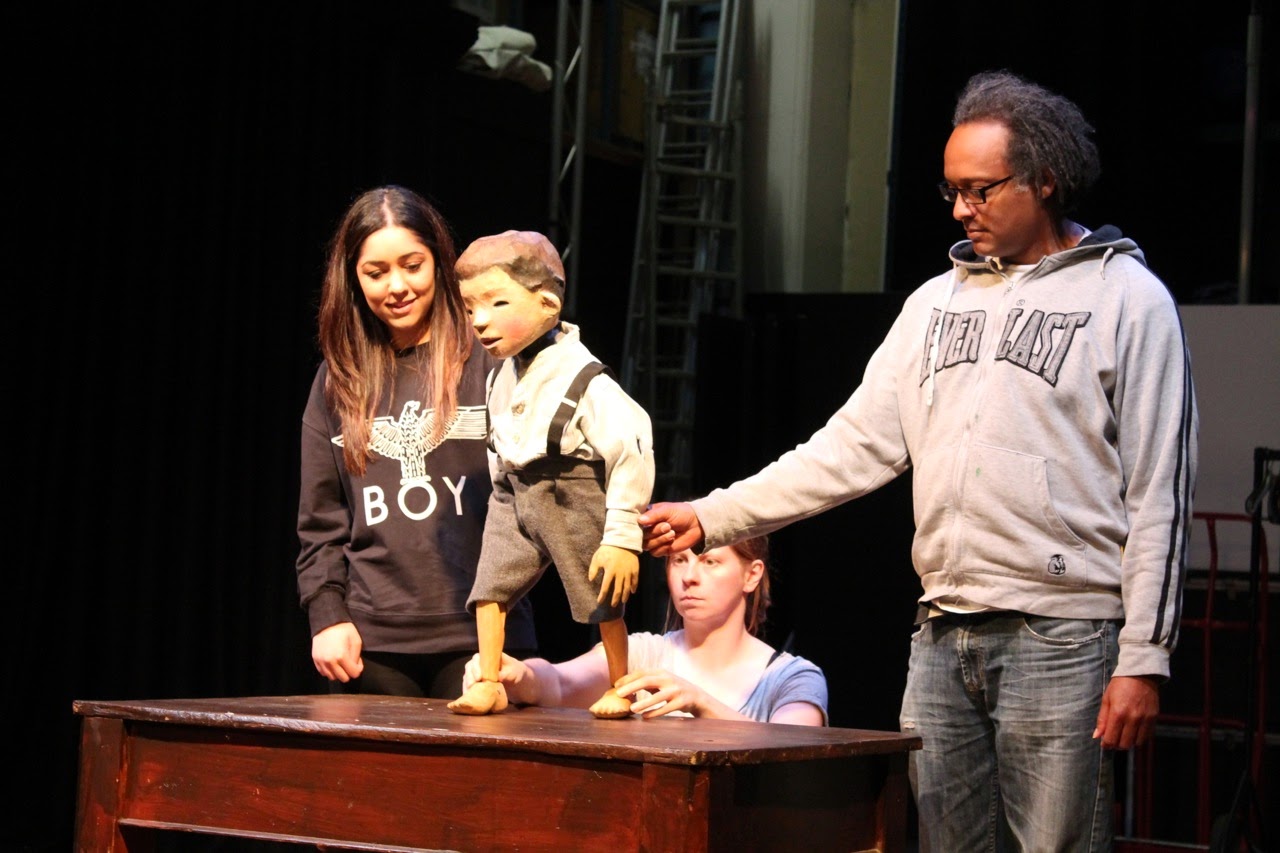 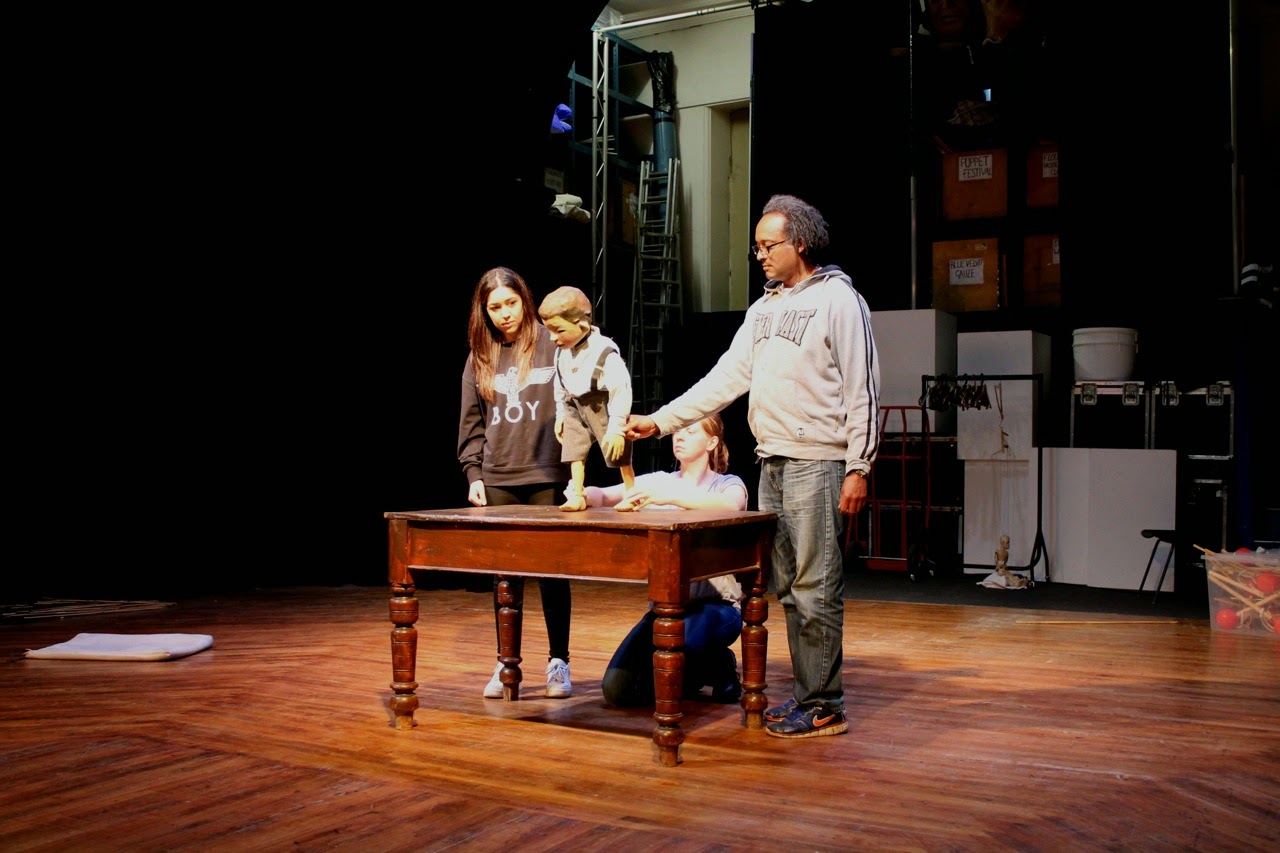 The Different Moons project is waiting to find out if we’ll get a Heritage Lottery grant to support its development. This will mean an exhibition at The Whitaker in November this year, as well as the creation of an archive of interviews, artefacts and writings relating to the history of the South Asian communities in Rossendale – something which is currently lacking. The main work at the moment is planning and training, hopefully in readiness to move ahead later in the summer.
In the meantime we’ve been helped that Habiba Shenza Rahman from Rising Bridge, who has taken a key part in our pilot projects, has been able to take a 5 week placement at Horse + Bamboo from her Education Degree in Leeds.  She is working on an animated film inspired by the recordings we made of Mr Mazhar Hussain during our pilot project, as well as taking part in the Puppet School we’re running for two weeks during her placement period (above). Up to now Habiba has been helping and supporting Shamshad Khan on her creative writing work with the Islamic Supplementary School. Her local contacts have been helpful in making new contacts with people in the South Asian community, and in addition Habiba is also a talented mehndi (henna) artist.
One contact I made recently was very far from being a new one…Mr Lal Miah was our neighbour when Horse + Bamboo were based in Rawtenstall, and I often used to talk with him. His young daughter used to play in our workshop. We lost touch when the company moved to Waterfoot, so I was delighted to meet him again. Miah is from a Bengali background, and it’s great that we can extend our pilot contacts who, so far, have been from a Pakistani background, Urdu and Pashto speakers.
Another thing I discovered is that Lal Miah has just finished writing a book about his life – a labour of love which documents his years in England. He arrived more than 60 years ago speaking absolutely no English, and writes of the struggles of an immigrant making his way in a strange country. Miah’s story will be a very different one from Mr Hussain’s, who was an educated English-speaking student when he arrived, so the two tales will provide a fascinating contrast with one another…
Bengali, Habiba Shenza, Lal Miah, mehndi, Mr Miah, Rawtenstall