Once the full Different Moons workshop programme had been established, our attention turned to promoting our work to the wider community. The first year of the full project (2014) culminated in a large-scale exhibition at the Whitaker, a splendid Victorian Museum and Art Gallery set in an extensive park and gardens in the centre of Rawtenstall, Rossendale.

To promote both the Whitaker exhibition, and the Different Moons programme, we ran a number of events including a Mela (a fair), combined with a Mushaira (a poetry reading). These events were aimed primarily at a South Asian audience, and were held at Haslingden Community Link, which is a centre well used by that community. We also held a Bazaar at the Whitaker itself. 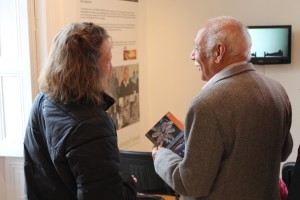 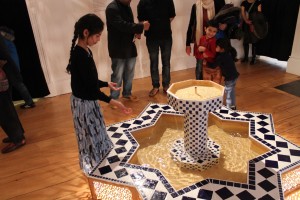 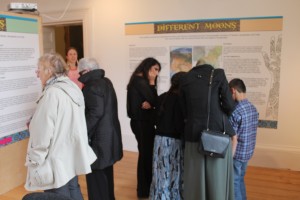 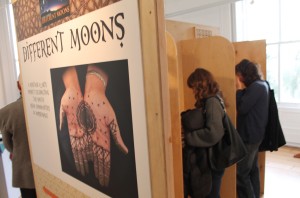 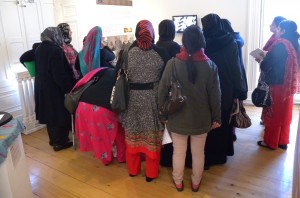 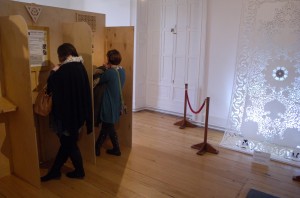 These events successfully promoted both the Different Moons programme and the Whitaker exhibition. Although it had become the custom for events run for and by the local South Asian community to be segregated as either men-only, or ladies-only, we chose to open our events to all. On the whole this worked satisfactorily, and all events were extremely well attended.

In November 2014 the Different Moons exhibition at the Whitaker opened. It filled two large galleries – one containing some of our audio recordings along with printed poems written by the local South Asian community; a selection of sound recordings of the first generation of immigrants; animated films inspired by these stories; and art works from the professional artists, including Habiba Shenza and Maryam Golubeva, who had supported Shamshad Khan with her writing sessions. The second room also contained wall-mounted poetry, but was focused on a working Islamic designed fountain, created by Phil Milston, with lanterns (Bob Frith) and a specially composed soundtrack (Chris Davies). 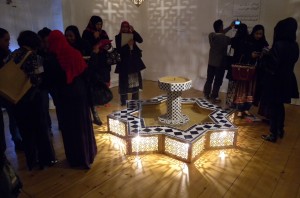 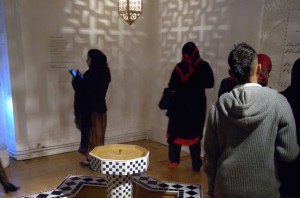 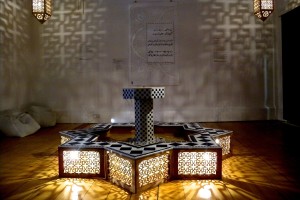 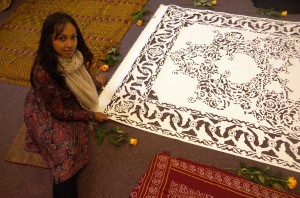 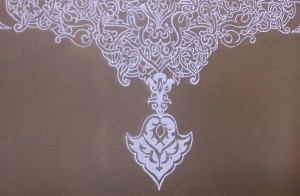 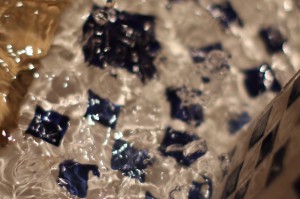 The exhibition was very successful, and remained open until January 2015. It reached people across all the local communities, and in particular helping the wider community understand more about their South Asian neighbours.

The Mela was successfully repeated in 2015, alongside a music concert. The Boo also mounted showings of Bollywood movies. But the biggest development that year was the opening of The Apna, a drop-in centre in the heart of Haslingden. This was a trial pop-up centre created in empty shop premises, and intended to provide a safe place for South Asian women to meet together. It was overseen by a local woman, Arry Nessa, and was unusual in that it had a central focus as an art gallery, showing contemporary Islamic arts. The first exhibition was a record of the Whitaker show, but it soon developed into showing other South Asian artists, including local, established and international artists.

The Apna ran over 60 workshops in its first three months, from textile work, to languages, through mehndi and calligraphy, to discussion groups and fitness projects. Such was its success that we are now working with Arry Nessa to re-open the space on a permanent basis (see The Apna page).