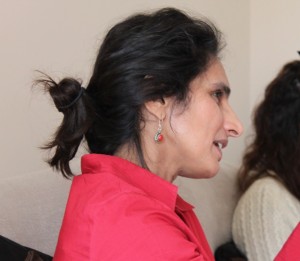 I am a poet and coach in creative writing, resilience and inspired living. I work with individuals, theatres and community groups. I use writing as a tool to empower individuals and develop communities. My solo poetry collection, Megalomaniac, was published by Salt in 2007 and has been a set text on the English degree at Lancaster University. As a poet I have a particular interest in human rights, love, power and identity.

As project leader on Different Moons I have been inspired and excited by the work that has been created: http://shamshadkhan27.wordpress.com 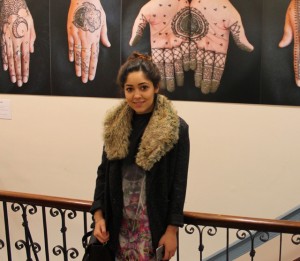 I’ve always lived in Rossendale; my grandparents were the first members of our family to move here from North-West Pakistan. As a result I’ve been able to help the Different Moons team get to know some of the active members of the South Asian community here. I’ve also always had an interest in the arts and have developed my own practice of mehndi (henna design). I was able to use this in the project, running classes as well as contributing some key artworks to the Different Moons exhibition and publications. I’m currently studying to be a teacher. 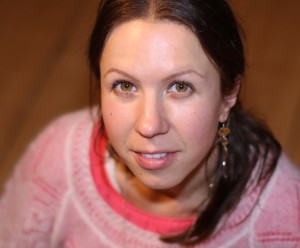 I was born and raised in Russia, but now I’m residing and working in Lancaster. I use traditional Russian paper-cutting and engraving techniques to deliver a cross cultural narrative that aims to re-establish the deep historic bonds between East and West. I’m involved in the Apna community project, and created large paper-cut installations for the exhibition space, as well as delivering a series of workshops for local community groups. My art was recently showcased at the MOCAfest at the World Islamic Economic Forum in Dubai and Malaysia. In 2015 and 2016 I was also shortlisted for Muslim News Alhambra Award for Excellence in Arts. 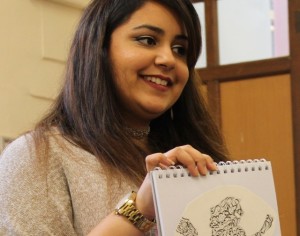 I was born and bred in Blackburn until I moved away to Liverpool  University to study Pharmaceutical Sciences. I undertook an Arabic Calligraphy course where I gained an interest in this art form and went on to develop a unique style of expression. I have emphasised free art skills, and tried to bring calligraphy to life through finding a symbol in each of my pieces that is something the audience can relate to. I recently instructed workshops in Rossendale as part of the Different Moons project. 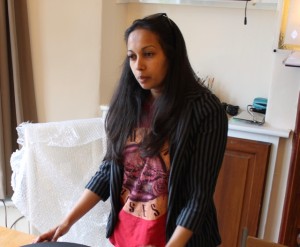 My family initially came from Bangladesh, but we settled in Haslingden, where I was born. I’ve had a wide and varied experience, and travelled a lot; working in a range of employments including in a number of commercial settings. Recently I returned to Rossendale at the same time as developing an interest in community and creative work. Initially I volunteered to work with the Different Moons team, but as I became more engaged with the project I took an increasingly central role, culminating in taking on the management and running of the Apna space in Haslingden.

Thank you to everyone who came and joined the many workshops and sessions held between 2013 and 2015 as part of the Different Moons project. In particular the many women, girls and children who worked with us. Thanks particularly to Rossendale Valley Islamic Supplementary School in Haslingden, St Mary’s R.C. Primary School, Rawtenstall, and Haslingden Library for their enthusiastic participation in the project, and to the Whitaker Museum & Art Gallery who exhibited our work in 2014.

We would also like to thank Yasmine Choudry and Muzammil Quraishi who made up our Advisory Group, and to Hameeda Mahmood who freely offered us her advice and wisdom and who played a key role introducing us to many in the South Asian community. To Rizwan Iqbal of Love & Etiquette, Suhail Khan of Apna Creatives, and Jacqueline Ould of the Ahmed Iqbal Ullah Resource Centre, for their advice and support throughout the project. Finally we would like to acknowledge the Heritage Lottery Fund for their financial support for the project. Contributions to Different Moons were also made by the Arts Council of England, The Granada Foundation and Lancashire County Council.