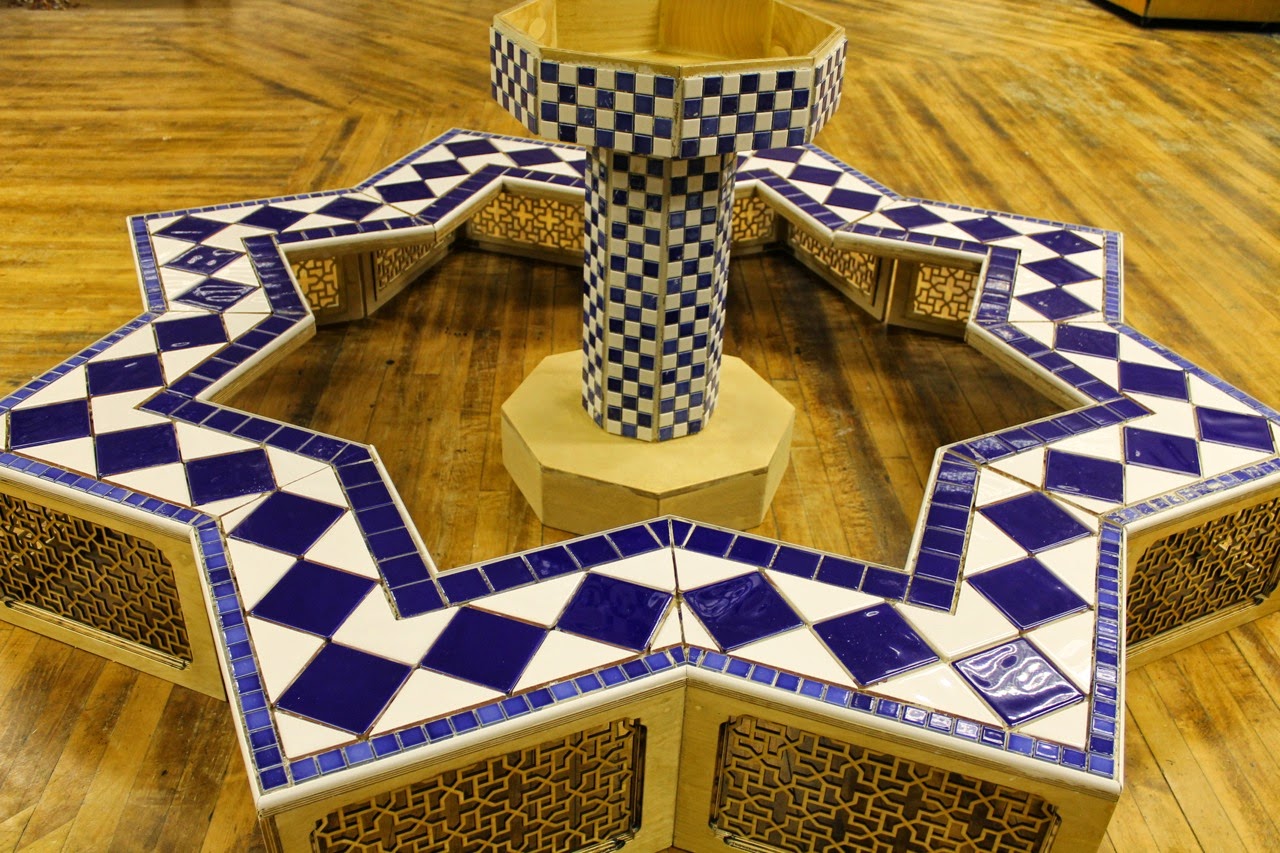 It’s just a week now before we move into the Whitaker to set up the Different Moons exhibition. So it’s a busy period as you can imagine…here at the Boo we’re finishing the fountain (above), the lanterns, the audio tracks and the animated films. Elsewhere Maryam has Shamshad’s poems and is creating the ‘moon-book’ which will have 69 (at last count) poems from the various workshops, and creating her own paper-cut piece based on Samina’s poem. Habiba has completed her large 5-panel mehndi image, and that’s at the printers with all of the other information panels.
Of course at the end of next week we’re having the Opening Day – Saturday 15th – at the Whitaker, and everyone is invited along. There will be special food and live music for the occasion, and Shamshad and I will be around all day – hopefully Habiba, Arry and Maryam will also make an appearance.
music, Opening, the Whitaker