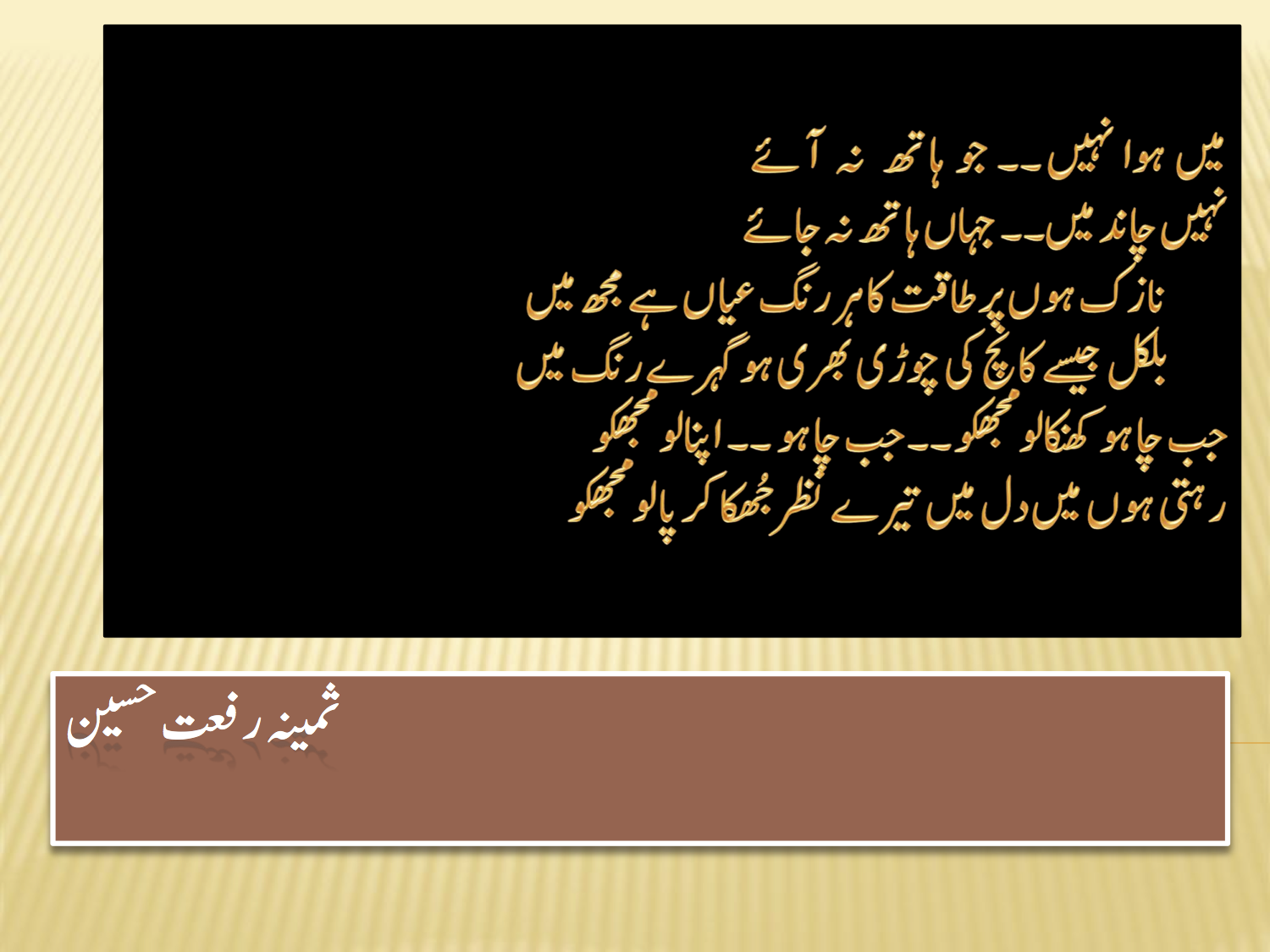 I’ve been extremely impressed by the process of preparing to include a poem in a paper-cut  art work being created by Maryam Golubeva for the Different Moons exhibition.
We’ve taken part of a poem written by Samina Raffat Hussain. Six couplets from a poem called ‘Moon and Glass Bangle’. As Shamshad Khan describes it “it is about how a woman is not like the moon but is able to be held/grasped, strong and delicate like glass bangles“.
Samina is a local woman, a broadcaster and writer, and she is one of the people we have interviewed and recorded for the Different Moons archive. Maryam only requires a short piece for her paper cut, hence the decision to select just a small part of a longer poem.
The selected section was then translated into Urdu by Shakil Salam. One of his versions is shown above. To me it looks very beautiful. This script lends itself to paper-cutting, like Arabic, and far more than English would do.
Maryam Golubeva, Samina Raffat Hussain, Shakil Salam