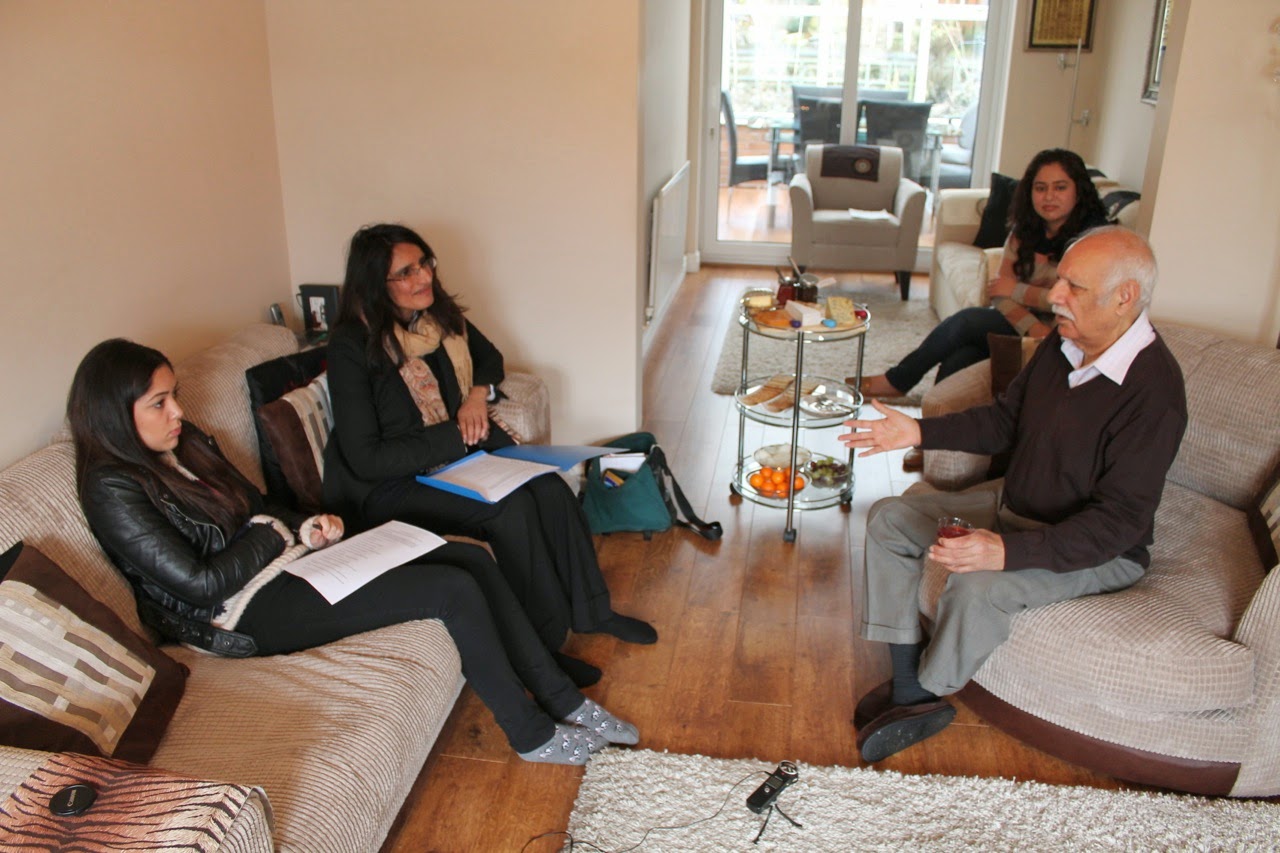 Last week we (Shamshad Khan, Habiba Shenza Rahman, and I) started the second phase of Different Moons when we drove to Accrington and interviewed Mr Muzhar Hussain; an interview that I recorded for later use in our project.

Mr Hussain (above right, with his daughter-in-law, Hafiza) entertained us with several hours of his memories, thoughts and reflections on his life – starting with his family and childhood in Lahore, then partition, his early education, his travels as a student to Lancashire, and finally his subsequent involvement with the community in Haslingden. Mr Hussain was one of the very earliest south Asian visitors who settled in Rossendale, and he took a very active part in local community politics, even standing at one time for the council elections. He was an instrumental figure is establishing the first mosque and islamic centre, the community council, and a wide range of other initiatives.

Mr Hussain is an impressive man, with a lively mind and a wealth of stories on many, many subjects. His memories will form a valuable part of the archive we hope to build as part of the Different Moons project. They will also form part of a dialogue we’re holding with young people with a background in the south Asian community. Shamshad and Habiba will be taking a selection of these stories to the young people at the Islamic Supplementary School to help start a dialogue about their community and its culture. At the same time I’m taking one particular story told by Mazhar Hussain about his grand-father, a story about a djinn (a supernatural being often known as a genie) and I’ll use it to make a short animated film to be shown to teenagers at the local Youth Club held at Haslingden Library.